Potbelly, What is it? 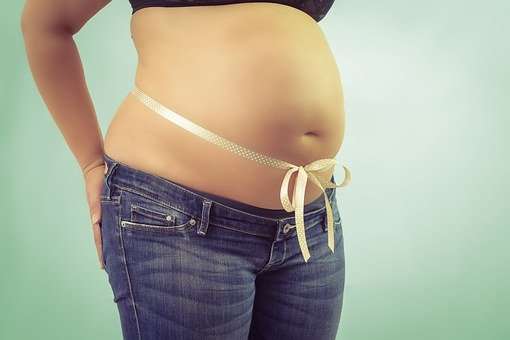 Potbelly is the word used to describe obesity of the trunk or central abdominal region. The Merriam-Webster definition of potbelly is an enlarged, swollen, or protruding abdomen. Previously, this used to be common among people in the older age group. However in recent times it has been observed that younger men, women and even children are not left out. What is causing the trend? Why should this be a bother to anyone?Potbelly people are often thought to be cheerful. In fact, an African proverb says an elderly person who does not have a protruding tummy must be miserly.

Potbelly is due to the large fat deposit in the abdomen; it may be just underneath the skin of the abdomen, or on the organs contained in the abdomen, the intestines, liver, kidneys and pancreas. The latter will mean that the blood supply to the affected visceral will be compromised leading to organmalfunction and possibly failure.

The standard measurement of potbelly is by using the waist to hip ratio (WHR). That is the circumference of the waist taken at the level of the navel, divided by the value of the circumference of the hip. Typically, the WHR for men is less than 0.9, and for women, less than 0.85. When the WHR is greater than 1.0 in men or greater than 0.9 in women, we say there is abdominal obesity.

Diet – the number one cause of potbelly is negative energy balance; that is eating more food than your body can expend at a particular time.• Age – with increasing age, typically over 30 years, and metabolism has slowed to a significant level, such that food takes a longer time to digest and is therefore converted to fat.• High consumption of fat-laden red meat and offal.• High alcohol consumption. A potbelly in some climes is also known as a Beer belly. Alcohol has a high caloric value that is not useful to the body. 500mls beer contains 170 calories. Coupled with the fact that beer is often taken with such things as fried meat or fish, pepper soup, nkwobi (an assorted meat delicacy), barbecue, and so on. These tend to reduce the likelihood of getting drunk as they slow metabolism. So more beer, more meat cycle.• Prolong sitting. When you sit for a long time at a stretch working on the computer, watching a movie, or idling away, this causes the body to produce high levels of cortisol resulting in truncal obesity.• Hormones – in the period before menopause under the influence of Oestrogen, fat is deposited at the hips, the thighs, and the buttocks. As the estrogen levels fall at menopause, it is now deposited in the lower abdomen. In the same vein, as the male hormone testosterone levels reduce, the fat deposit in the visceral increases.• Lack of or infrequent exercise.• Chronic stress, over time, causes the body’s levels of cortisol to rise. The use of high levels of extraneous corticosteroids over a long period will also have the same effect.• Inadequate sleep.

What are the effects of potbelly?

1. Potbelly has been associated with, heart disease, hypertension, and its attendant complications.2. Insulin resistance when the body cells fail to respond to the hormone insulin and type

3. When asthmatics are also obese, they tend not to do well. The total lung volume is reduced due to the increased abdominal size, thus restricting the lung movement, makes the muscle tighter, and narrows the airway, resulting in small volume inhalation at a time.

4. Dyslipidaemia is an abnormally elevated fat level in the blood. Increasing chances of clogged arteries, heart attacks, and stroke or blood circulatory issues.

5. Osteoarthritis of the knee due to the heavyweight the knee bears.6. Postural defects and low back pains.

Abdominal obesity is something that is developed over a period of time. Unfortunately, there is no quick-fix solution to this problem. We shall have to go step by step to sort this as it was developed. This information may be time for some of us. An easy way is to look at it as fiber, fitness, and healthy fat. The aim is to lose about an inch or two in the waistline over a period of about 6 months.• Be involved in regular low to moderate-intensity exercise about 3 to 4 times weekly this may include weight lifting to help build underlying muscles and burn unwanted fat.• Work on your diet. Try taking small portions of healthy meals every 3 to 4 hourly instead of three heavy meals per day. Meals should consist of foods grown by plants, not those manufactured in plants. Thus, we should minimize our intake of processed food. Aim at reversing the energy imbalance. So diet should include high protein, high soluble fibers like vegetables (spinach, green leafy veggies, carrot, and pumpkin) fruits (citrus fruits, peppers, tomatoes, apples, bananas), and beans.• Consume healthy polyunsaturated fats as can be obtained from fatty fish, rich in omega 3 fatty acids like mackerels, salmon, tuna, herring, seeds, and nuts. This helps to burn unwanted fat.• Use plant-based oil for cooking.• Avoid eating fast food, as they are often loaded with trans-fat; endeavor to have home-cooked meals often.• Avoid heavy, fatty meals late at night, your body system needs to shut down from working at night.• Avoid red meat and offal they are rich in saturated fat.• Avoid prolonging sitting. Find a reason to move around after sitting for an hour or so.• Reduce alcoholic beverage intake to social drinking levels.• Work at reducing stress levels. We can build our resilience by the support system we form around us, being aware and grateful for our small wins. Finding relief in humor, it is said the laughter is the best medicine but being able to laugh at the silly things you had done is even better. Spending time in relaxation, walk in nature, meditation and spirituality. Remember, even that mighty challenge has an expiry date.• The final benefit will be a slimmer, trimmer, and healthier you.