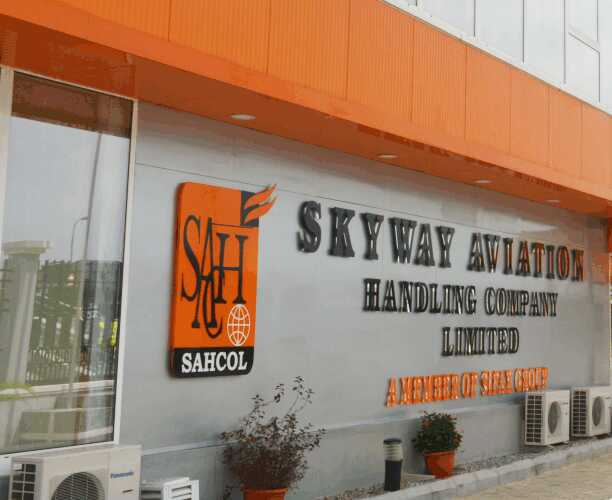 The Skyway Aviation Handling Company (SAHCO) PLC, a Public Limited Liability company, and a subsidiary of SIFAX Group has taken over the ground handling services of British Airways. By this development, SAHCO PLC will be providingPassenger and Ramp Handling services to British Airways at the Nnamdi Azikiwe Airport, Abuja and Murtala Muhammed International Airport, Lagos.

SAHCO has been able to attract and retain the confidence of British Airways due to the seamless, safe and speedy service delivery which SAHCO is known for prompting British Airways to move her Passenger and Ramp Handling services to SAHCO. The move took effect with the handling of the evacuation flight which occurred on the 8th of May, 2020.

British Airways (BA) is the flag carrier airline of the United Kingdom, Headquartered at Waterside, Harmondsworth, near its main hub at London Heathrow Airport.

SAHCO is the only Aviation Ground Handling company that is present in all the commercially operated airports in Nigeria. In recent times, many foreign airlines have moved their aviation ground handling operations to SAHCO so as to enjoy being handled by a loyal and dedicated workforce who are well trained and whose integrity is undoubtable, delivering their activities in line with global best practices.

With constant investment in modern aviation ground support equipment fitted with the latest technology; a team of engineers that can build ground support equipment from locally sourced materials which is the first of its kind in Nigeria; a team that is versed in the best of Departure Control systems in the Aviation industry, World Tracer and BRS; world class warehousing services; unrivaled customer friendly service delivery in a safe, speedy and efficient culture; SAHCO treats its clients as partners.

In the same vein, Air France has signed another warehousing contract with SAHCO at the Nnamdi Azikiwe International Airport in Abuja. This means SAHCO will provide Cargo warehousing service throughout the country for Air France. SAHCO has been handling Air France’s Cargo Warehousing inLagos and Port Harcourt which has influenced decision to include the Abuja operations due to their satisfactory first-hand experience.

It is worthy to note that SAHCO is also the recipient of numerous awards both locally and internationally due to its quality service delivery in aviation ground handling operations in Nigeria. SAHCO is an RA3 and IATA Safety Audit for Ground Operations (ISAGO) certified company. These certifications make the company a preferred gateway to import and export to European countries and the world at large.

SAHCO, who is a member of the Airport Services Association (ASA), is an Aviation Ground Handling service provider involved in all the activities that take place from the time an aircraft touches down on the tarmac at the airport to the time it taxis out to be airborne, to the delight of its customers and benefit of all stakeholders, utilizing state-of-the-art skills, procedure, equipment and facilities with a devoted workforce.