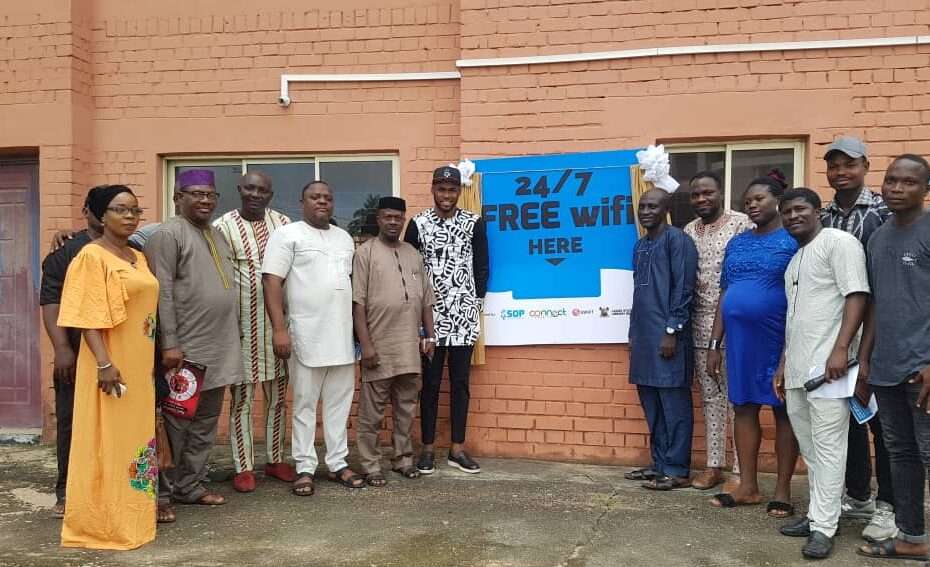 The Wi-Fi was presented to the Amuwo -Odofin Public Library recently in Lagos in commemoration of the ‘World Internet Day’.

According to President of the foundation, Seun Ayeni, the idea was initially conceived at their end of the year community carol programme of 2018.

“For us, it was about academics. We thought about the fact that children don’t read again, you know the popular saying: ‘Readers become leaders’.

“We thought that maybe people don’t like to read books that much. So we concluded that people like to read via the internet and the only way to do it will be to make young people in Amuwo- Odofin have access to the internet for free. “That was why we offered free internet Wi-Fi. We thought that the best place to locate the Wi-Fi would be at the public library. Now, we have a library that is filled with books and also has internet access”

On how they were able to get the support of the residents, Ayeni noted that they have built trust with them over the years.

“We have built trust over the years, people know us now. We have embarked on a lot of community projects and have delivered. We called for funds, people donated money and we were able to raise a little around #100,000. What we had was #250,000 so we had to put in our own funds to make sure it’s a success”

Ayeni also gave clear details on how the project will be sustained.

“The Wi-Fi is opened to anybody that comes close to 50metres circumference around the library.

We thought about sustainability from the scratch, it was part of the project. That was why we made it powered by Solar. Solar as you know is sustainable on its own. So without light or with light, it works. Our internet is powered by solar. Swift has partnered with us by giving us internet free of charge. There is no recurrent payment on this, which is sustainable for us. No recurrent problem with electricity, it is powered by Solar.

I will advise Amuwo Odofin residents not just to use it as a play tool. This is just giving it to you for free so that you are not incapacitated. Explore the possibilities of what you can do with it”.

One of the members of the SOP Initiative’s Board of Trustees and a resident, Peter Adewumi who spoke to the press, said he was filled with joy because of the installation of the free Wi-Fi which will go a long way in empowering the youths in Amuwo Odofin.

The public presentation had in attendance representative of the Amuwo Odofin Local Government, Director, Lagos State Library Board – Mr. A. A. Oyadipe, amongst others.