Baby Mamas film, storms Nigerian theaters with the aim of breaking down the “baby mama” stereotypes. 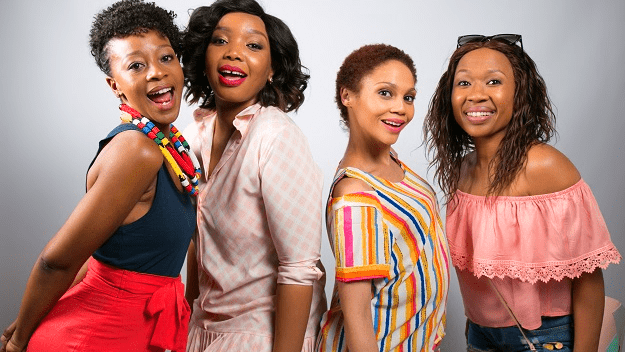 On Sunday, February 24th, Filmhouse Cinemas hosted a private screening of Baby Mamas, the first ever South African film to show in Nigeria (set to premiere in Lagos on the 1st of March, 2019 at all Filmhouse Cinemas’ locations) at its Twin Waters branch in Oniru.

Directed by Stephanie Zwane, Baby Mamas takes a look at the daily lives of four young professional women, each in various phases of their own baby mama drama. Although the different themes of the film are approached comically, each message conveyed is unfeigned, candid, and thought-provoking. As the four women explore the many dynamics of being baby mamas, the audience is brought into the world of their witty charms and how they tackle the strained relationships with the men in their lives. With an ensemble female cast of Salamina Mosese, Thembisa Mdoda, Dineo Ranaka, and Kay Smith, the film highlights sisterhood, female empowerment, friendship, family, pain.

Guests such as Vimbai Mutinhiri, Yetunde Williams, Bolanle Olukanni, Taymi B, Sasha P, and Paul Chisom were in attendance at the screening at Filmhouse Cinemas, Oniru and could not wait to share all their thoughts and comments on the film after it was over. Before viewing commenced, the guests were addressed by Matilda Ogunleye, Marketing Executive of FilmOne Distribution and Production. She asserted that the film is very relevant to the Nigerian market as we all need to start telling and redefining “our stories.” The deep disapproval and condescension that is attached to being a baby mama, especially in the workplace, and especially in Africa, is something that needs to be tackled head-on in order to shift the narrative and start changing the warped mindsets and perceptions of society.

During the viewing, there were lots of reactions from the audience it was clear that film had indeed provoked quite a lot of thought which translated into a full conversation after the film ended. Guests stayed behind for the roundtable discussion hosted by Vimbai Mutinhiri. Tolu Bally, Azuka Ogujiuba, Titi Olatunji and Abimbola Craig all chimed in, advocating for a definite upheaval of current systems in place so that sex education was more open, more talked about and beliefs of pregnancy without wedlock being shameful no longer existed.

Reactions from the audience

“One of the biggest issues is the fact, that we need to learn to orientate our young boys and girls from the beginning on sex and results” – Abimbola Craig

“We have a lot of untrained men as compared to trained women in the society and we need to do better, so these men don’t shy away from their responsibilities.” – Paul Chisom

About FilmOne Distribution and Production:
FilmOne Distribution and Production Limited is the leading West African independent distributor of filmed entertainment. Based in Lagos, Nigeria, we distribute a wide range of mainstream, commercial pictures including international and indigenous titles. Since its foray into production, the company has also become one of the leading production houses releasing crowd-pleasing hits such as The Wedding Party Series, My Wife and I, New Money, Lunch Time Heroes, and Merry Men: The Real Yoruba Demons. Further information on FilmOne can be found at www.filmoneng.com